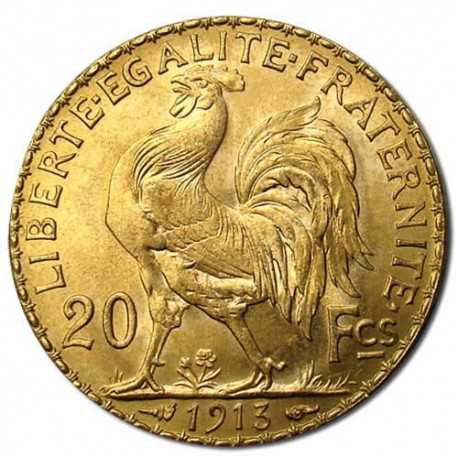 Reference: 1183
Out of Stock
Social share:
Print
Data sheet
The coin of 20 francs has several names. She is called: Golden Rooster, Marianna and Napoleond. Why are they so called? In France, there are two national symbols. One of them is the Rooster, he was depicted on cold weapons, stamps, state seals, etc. Until 1906, on the coins, next to the rooster, you can see the inscription "Freedom, Equality, Brotherhood,"  before that, the inscription on the Franks was different: "God save France." The phrase "God save France" was replaced by French coins after the separation of the church from the state in 1906. The second national symbol of France is the image of Marianne. During the French Revolution, it became a symbol of freedom. And Napoleond they are probably called, since the idea of putting gold coins into circulation belonged to Napoleon Bonaparte in 1803. With the beginning of World War 1 in 1914, the production of gold coins was discontinued.
More info